Grandpa's Legacy to Me - Why I'll Always Love Christmas

Christmas for me as a little girl was kind of a time travel event.

I lived with my grandparents, and so, even though I was a child of the 80's, my experience was far more accurately (and uniquely) one of the 50's. This could be annoying, for sure...just not at Christmas.

At Christmas, it was perfect. 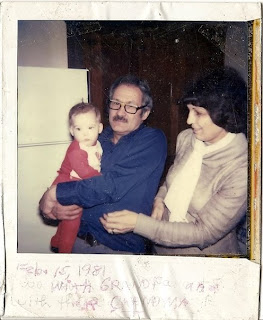 I have the most beautiful feelings about Christmas, and it's because of those memories, which had little to do with presents and everything to do with my grandpa.

Every single year, my grandfather would happily drag out the dusty, old, homely fake fur tree--one they'd bought and been using decades before I was born--and he'd put it up, prickly limb by prickly limb. I'm not sure why he never got a real tree, but, it didn't seem to faze him. Clearly, my grandfather loved what he had, so who was I to argue?

It's a really vivid image in my head--him stretching those painted glass bulbs all over the floor and plugging them in. You know the ones, some shaped like thick tear drops, others were sharp and jagged and frosted and bound to end in a tetanus vaccine, while a third kind was meant to resemble a flame, all mismatched and random after years of replacing the burn outs. I'd watch him (mostly patiently) untangle the strings of mixed lights in long, glowing lines across the dark wood floor, and I can still smell that particular scent of warm, aged plastic and glass melding together. How old was the dust burning off those bulbs, anyway? How many Christmases had they clanked and clicked against the same wood floor in this same way, when his children were actually children? Surely I was feeling a drop of what he must have felt--a leftover essence, a resurrection of moments held in the time capsule of a plastic Santa or a creche with missing shepherds. And there were failing ornaments, half unspun of their colorful silken threads, and the tinsel strings that got everywhere. By the way, and for the love of all that's holy, I can't imagine why people used that stuff, but it doesn't matter, because he liked it. And that was good enough for me.

We had this pretend fireplace cabinet with a green felted interior, a mirrored minibar and a record player built in and Grandpa was so proud of that thing. It was probably the coolest toy on the block when he'd bought it, but it was really just cheesetastic by the time I came around. Its record player, though--even more than clanky lights--was the solid core of my holiday experience. And no wonder, with Nat King Cole singing The Christmas Song, Bing crooning White Christmas, Alvin and the Chipmunks demanding promptness and hoola-hoops...it was impossible not to be drenched in the spirit of the season while listening to those crackly, wonderful tunes.

We also had a "second" tree, which I still can't decipher the purpose of. It was this garish silver limbed thing that my grandmother covered in cookies and popcorn balls. Just abominable, but it was the tradition in the DeLucy house when Grandpa was alive, and again, I never questioned it.

Fact is, when Grandpa was alive, so was Christmas, and after he passed (far too soon, when I was less than ten years old), no matter how hard things got, no matter how dreary, that love and loyalty to the holiday was so woven into my being that I fought to celebrate it, to feel it and to replicate it for my siblings, no matter the difficulty.

I eventually figured out, once adulthood found me, what my obsession with these memories was really all about, and it wasn't the shiny lights or even the record player. It was Grandpa's love of life, the enduring truth under the glitter and tradition. What I was really attracted to--what I truly loved to be around and what I vividly remember--is his spirit. His joy.

Here's hoping, whatever tradition you celebrate this holiday season, it has as much meaning to you as it does to me.

Thanks to my father who stated to me regarding this blog, this website is genuinely remarkable.
My webpage :: best online gambling websites 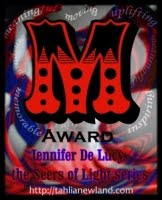